Library History
The village is named for Alpheus B. Stickney, a railroad executive who played a central role in establishing the Clearing Industrial District. The village's story is closely linked with the history of Stickney Township, organized in 1901. In 1913, the village of Stickney was established from Stickney Township land. The early years of the village were marked by peculiar venues for official meetings: the organizational meeting was held at Hawthorne racetrack, and subsequent meetings took place in the waiting room at Mount Auburn Cemetery. In 1919, most residents worked as truck farmers or in the quarries near town (From Encyclopedia of Chicago, 2005).

The Library began when it inherited 1,400 books from a WPA project. Located in the Stickney Township building, the first Librarian was Mrs. Helen Earl. A group of residents met to form the Stickney Library Association.

Due to lack of room, the Library moved from Pershing Road and Scoville Avenue in 1940 to a store building at 4204 S. Oak Park Avenue. By 1942, the Library had an inventory of 1,958, a number which doubled by 1946 due to new purchases and donations. Among the donors was Harry Sklenar, a service man who brought books back with him while on leave.

To raise funds to help pay for lights, rent, and new books a party was held in the village hall that year. The Librarian at the time was Mrs. Josephine Filip. In 1948, the Stickney Library Association was ready to move to new and better quarters in the township health building at 6721 W. 40th Street.

A petition to form a library district between Stickney and Forest View began in 1953. The petition was submitted to the county judge on June 16th of that year, and a referendum was held in November to create the district. The district population was approximately 6,000 at the time. Finances for the development of the Library would come from a library tax of 6 cents per $100 assessed value.

The following year, a state study resulted in a recommendation for a library district to serve Stickney and Forest View. Voters approved the measure in April 1954. Miss Mary Tone was the Librarian this year.

In 1955, the new Stickney-Forest View Public Library opened after more than two years of organizational efforts by civic leaders. The first home of the Library was the refurbished and repainted Faith Community Church, located at 6714 41st Street. The Library Board temporarily purchased the white frame church structure for $6,000. The same year, the lot on the corner of 43rd Street and Oak Park Avenue was acquired and designated as the future home of the Stickney-Forest View Public Library District.

Construction of the two story building began in 1958. The projected date of completion was 1963, with an estimated cost of $175,000. The building was designed by Eugene Cook. 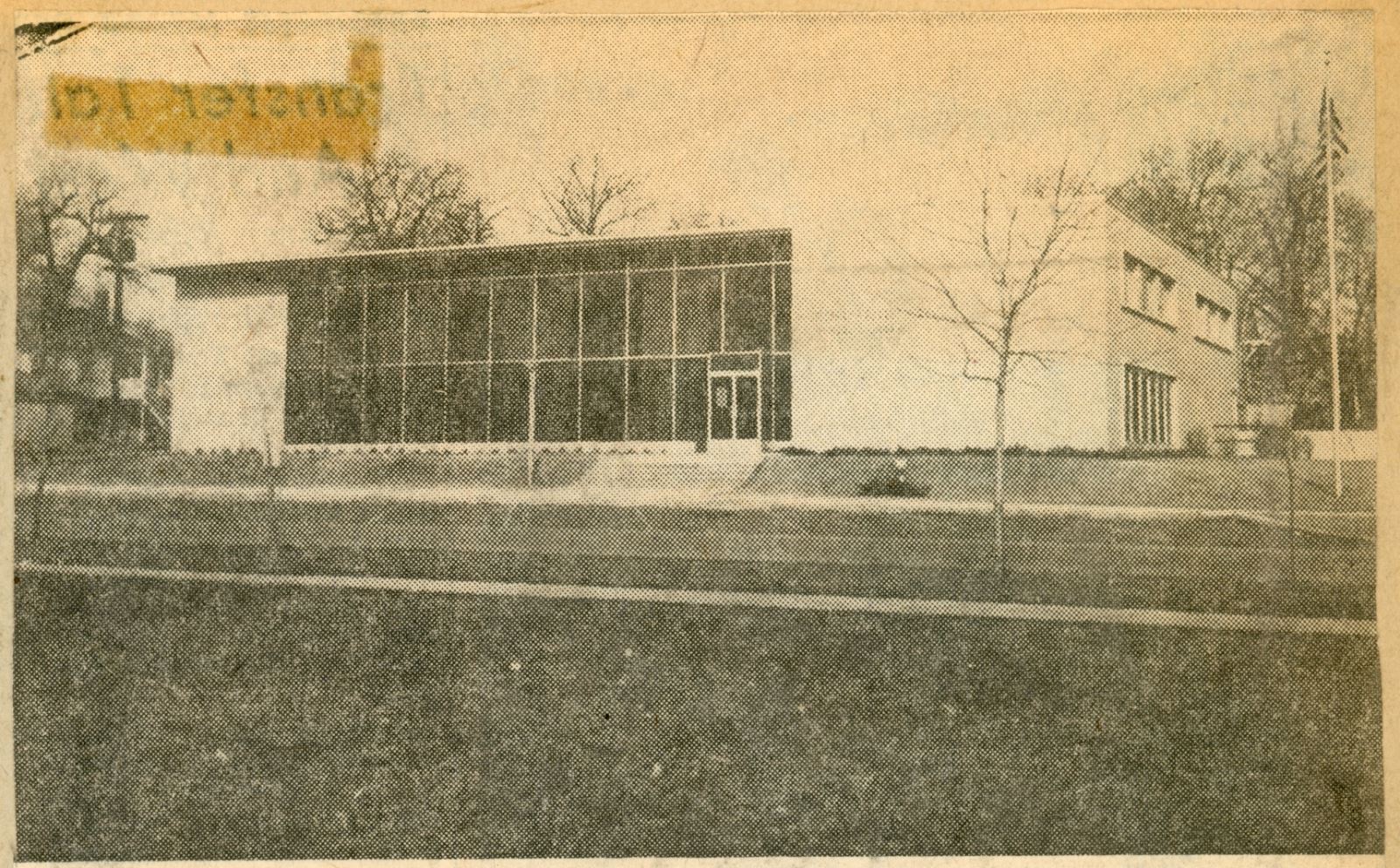 The Stickney-Forest View Library District held a special election in 1960 to select the board of trustees and vote on a $154,000 general obligation bond issue. Residents were asked to approve the bond proposal to help speed completion of the now $225,000 building. The additional revenue would mean completion of the building by year's end. The decision to submit the proposal was prompted by an increase in use of the facility by the nearly 7,000 residents. 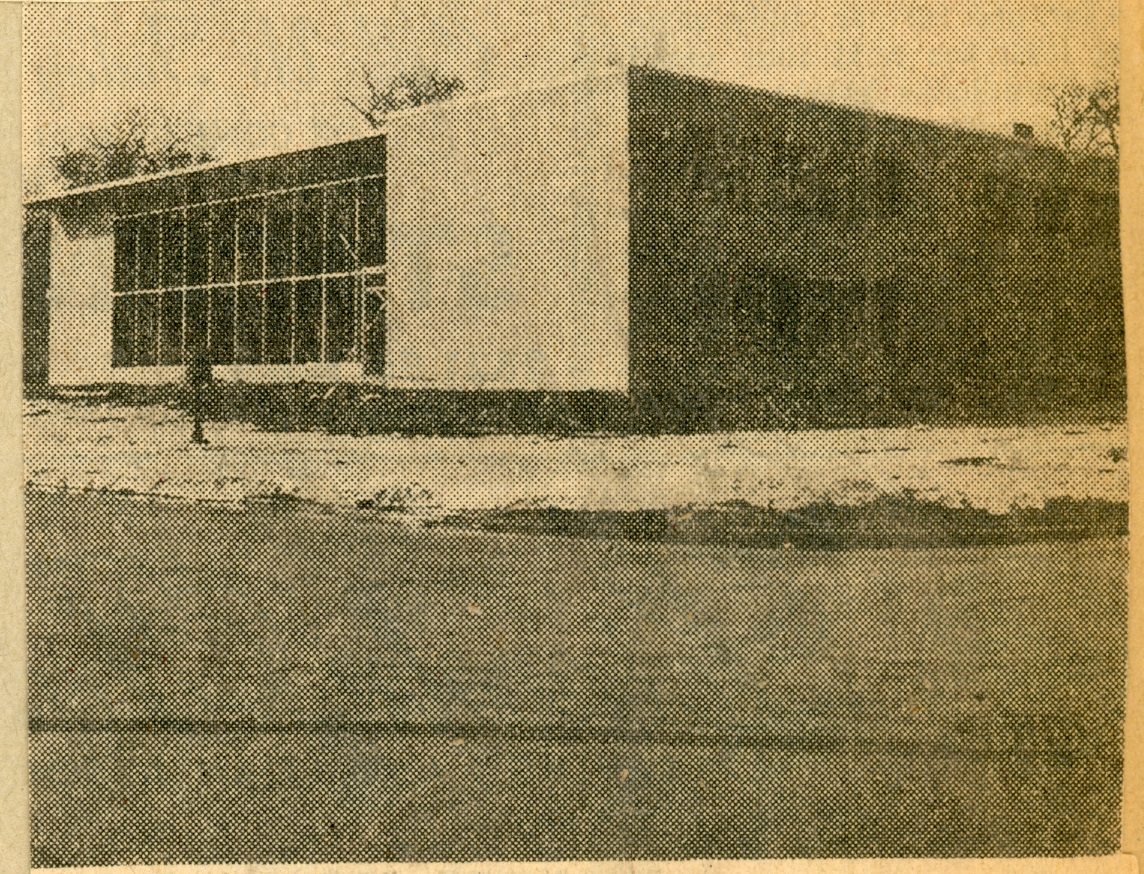 Construction of the permanent Library at the corner of 43rd Street and Oak Park Avenue was completed the following year in 1961, two years ahead of schedule. An open house with tours of the new facility was held March 28th.

The Stickney-Forest View Public Library joined a proposed system of 18 other west suburban libraries in 1966. This new system would provide interlibrary loans, specialization of subject areas in certain libraries, and a unified means of locating information.

A new Youth Services area was added to the building in 1993, along with renovations to make the Library more accessible to those with disabilities.

In 2004, the Library underwent additional renovations to add computers, restrooms, flooring, windows, and furniture, with the north parking lot added in 2007. In 2009, the Library District annexed Central Stickney.

2010s: A New Style The Library was proud to celebrate 75 years of service to the community in 2010. On March 16th, 2016, residents of Stickney, Forest View, and Central Stickney voted to approve the issuance of bonds to the Library for a proposed renovation. This project was completed the following year with an open house held for the public on September 12th, 2017. Renovations included new meeting rooms, office space, furnishings, shelving, flooring, and a pirate ship in the Youth Space, nicknamed the “Stickney Pearl.”